Conan was asked “what is good?” My answer… “To see your children driven before you and hear the lamentations.”

We had a perfect day to clean up storm damage. Friday it was 103 degrees. Today is was 72. In between, we lost the rest of the pear tree in the south field.

Last year, we lost about one third of it. This weekend, we lost the rest of it. It fell all the way down to the stump.

I loaded the saw in the truck and headed down. I made pear tree firewood for a couple of hours. I also cut a path into the woods. After dinner, Merryweather came out and pulled the tops inside the tree line. I stacked fire wood. We had a beverage.

After the sun set, we made a level line on the side of the house with lasers for a different project. Being a dad is awesome.

We were planning on dinner with Clark and Mrs. Clark. There was a big storm just north of the house. Mssrs and Mrs. Clark were wind bound. We had carry out that needed picked up. On the map, it looked like I could skirt the storm to the restaurant and pick up dinner. In reality, I drove into the storm and ended up parked on the curb of an empty building to avoid the sideways rain and hail.

On the way back, I damn near hydroplaned into the center divider on the highway. It was like the movie we had to watch in middle school. I just remember the hydroplaning and getting in trouble for laughing at the tear jerker after school movie.

Hail damage and a near death experience is a small price to pay for Pappy’s Barbecue. It’s still in my top 5. There is a location less than 15 minutes from my house.

I had rolled out the pool cover before the Satur-Deluge. It was filthy, but there was enough water on the cover to give it a good scrubbing. Mssrs and Mrs. Clark came over. The pool was used. We were heading out for dinner. We stopped and harassed Merryweather at his JOB. Our initial dinner plan was denied. We went to Salty’s Fresh Mex. instead. It was delicious.

You: Hey did I see you on the NHL twitter feed? 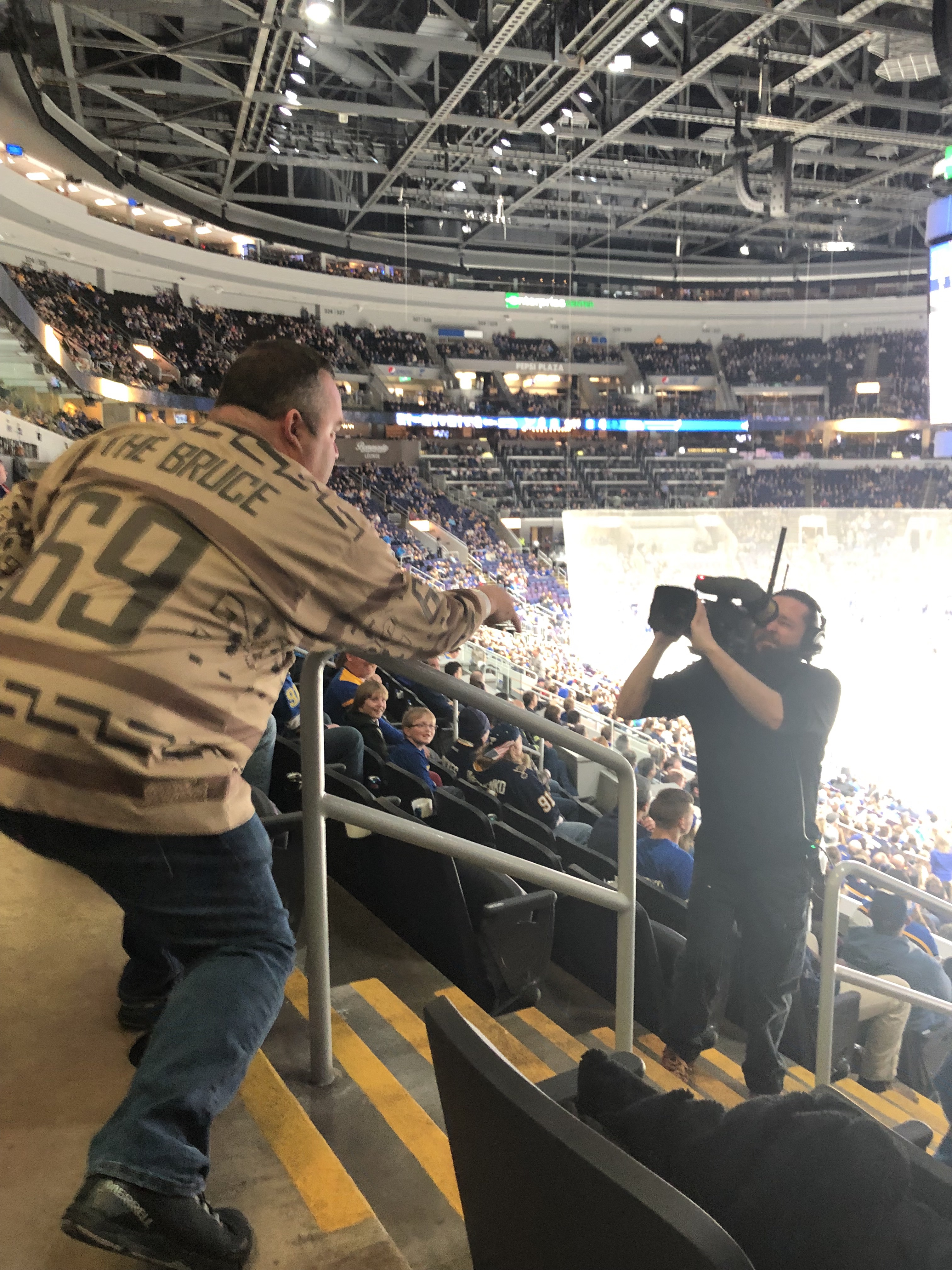 Ever been embarrassed by your dad acting up? This is my kids life. I have some how become occasionally, semi, regular fixture during the third period during the St Louis Blues home games.

The screen says Awkward Dad. I have been called, dancing dad, ugly dad, dumb dad (by my kids and people in attendance). It has been pretty awesome. I kind of love it.

The most rewarding part is the staff. They have been cheering me on since game one.

Here are my Awkward Dad getting on camera tips.

In no time at all, you will be embarrassing your own family at major sporting events.

Pro tip- record the game at home and then get screen captures.