Mrs. Jon Bruce and I woke up at a reasonable hour. We went to St. Lawrence Market. We got bagels. We got cream cheese. We got a nice cinnamon roll. We got some Diet Coke. We had a nice breakfast. We went and checked out the AM version Kensington Market. It was nice. I finally figured out the Peameal Bacon is real bacon. I had assumed it was some vegan thing. I skipped it in the morning, when I went back in the afternoon their were protestors outside the delicious bacon restaurant.

We headed back to the apartment. Charbonneau had gone scouting for coffee near CN Tower. Merryweather and I went to the very nice Japanese restaurant on the first floor of the apartment building and got lunch. We watched Stranger Things.

I ventured out in the late afternoon. I took the train to Spadina Station. I got mass transit passes to last the weekend. I checked out Chinatown and Kensington Market and Queen Street and King Street. There is a lot going on. Somebody in Kensington Market had marijuana plants on the sidewalk. Pot is pretty pervasive in downtown Toronto. I predict that society is pretty much doomed. I don’t know what the rules are here, but people smoke in public. Imagine you could dutch oven a street corner with your farts… Now just switch farts with pot.
It is a pungent. The pungent means it’s working.

I hit Ronnie’s Local 069. Because I am a hypocrit who is in favor of some bad drugs (a beer) and not others.

I attempted to buy some fake basketball shoes in a market. I asked the shopkeeper if she had my size. She said yes. She then asked if I would be willing to put a deposit on the shoes. I looked at her like her head was off. I told her that I wanted to see if they fit. She relented and disappeared into the backroom. She came out of the back room with no shoes. She said she would be back in a few minutes and left me and her toddler in charge of the store. I am not kidding. It wasn’t super busy and I am sure she told another shop keeper what was up, but now I am trying to explain to the customer that are walking up that the toddler and I are in charge because the lady went away. One of the ladies went up to the toddler and asked. The toddler explained that she had gone down in the basement. She came back with a pair of shoes and told me they were too narrow and wouldn’t fit. She was right. But she helped all the customers I brought in while I tried to jam my foot into a pair of swap meet Yeezy’s.

I went to Moog Audio. They have electronic music gear. They have Moog. They have the very best selection of DJ gear I have ever seen in one store. I could have spent a day in there. They also had that weird asian kid with the fire crackers from Boogie Nights. Except for the weird asian kid, 5 stars.

I picked the family up at the hotel. We went to St Louis Bar and Grill across from the baseball stadium for dinner. It was not authentic St. Louis, Missouri anything. The chicken wings were good. The fries were good. We skipped the St. Louis Poutine.

Next we went to Ripley’s Aquarium next to CN Tower. We got a date night special pass for after 7pm admission. Honestly, I have avoided Ripley’s tourist attractions for my entire life. Avoided them all like the plague. I was blown away. We got food and photos included with the admission. There were no tricks or gotchas. The food was major tourist attraction expensive but not stadium prices. The food was split between two passes. We got two pictures and the photo person explained for a $2 out of pocket we could get a better package. We did.
I was less than $20 out of pocket for food and photos. I was blown away.

We went back to the apartment and played Settler’s of Catan. America’s hottest board game. after the game, Merryweather and Mrs. Jon Bruce Entertainment called it a night. Charbonneau and I went back to WVRST. We had beer and pretzels and Jon Wick French Fries. We walked across King Street and checked out the nightlife. We went to the Horseshoe Bar. Sarah Shook and The Disarmers were playing. We got a Molson Stock Ale and a Molson Canadian Lager. The Stock Ale was excellent. I didn’t try the lager, because 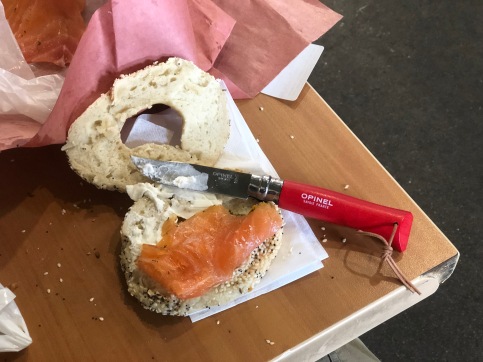 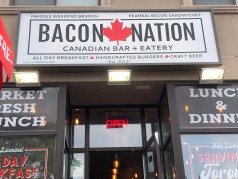 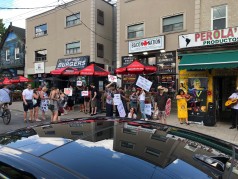 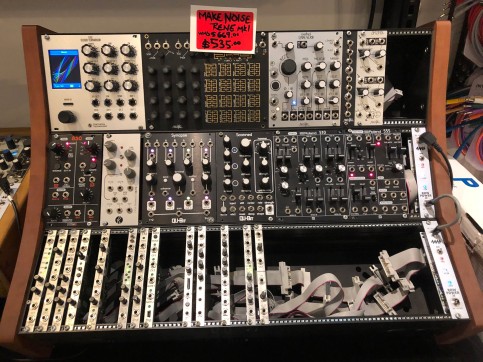 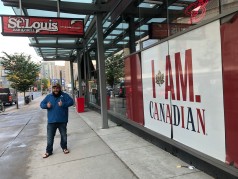 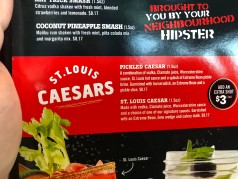 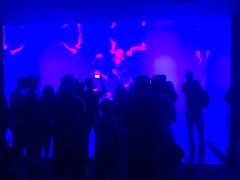 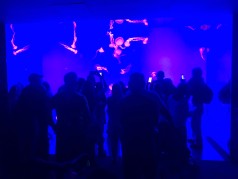 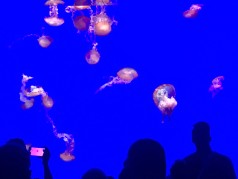 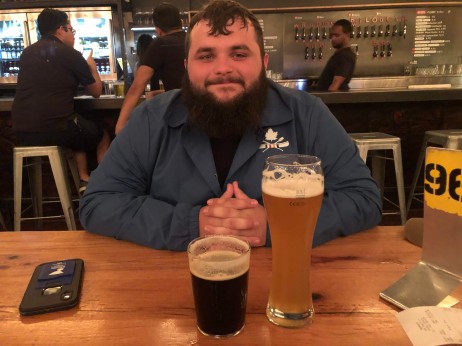 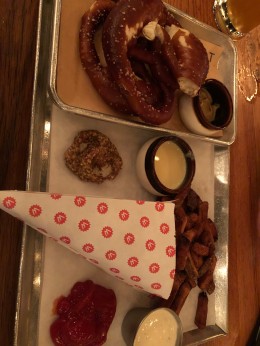 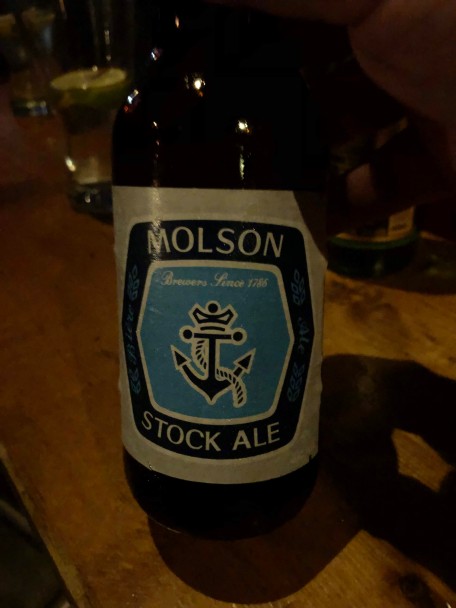 I remember not liking it before. Apropos of nothing, one of the guests informed me that Sarah was playing in Ann Arbor tomorrow. I made the joke that my wife went to Purdue and she says “Ann Arbor is a loose women with no morals” This guy in Toronto on Saturday Night at midnight says back to me. “I am sure Ann Arbor would say the same about Purdue” This guy is a genius. He might be a Michigan State grad. We went back to the apartment via the crowds along King Street.

Tonight we noticed that the view out the windows in CN Tower.